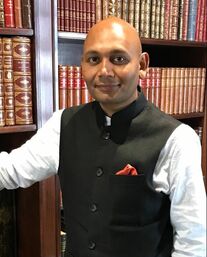 Abhay K. is the author of eight poetry collections including The Eight-eyed Lord of Kathmandu and The Prophecy of Brasilia. He is also the Editor of CAPITALS, 100 Great Indian Poems and New Brazilian Poems. His poems have appeared in over sixty literaryjournals including Poetry Salzburg Review & Asia Literary Review. His poem-song ‘Earth Anthem’ has been translated into over 30 languages. He was recently invited to record his poems at the Library of Congress, Washington DC. 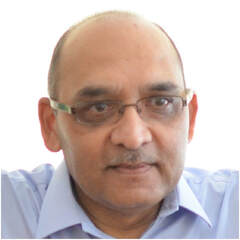 As a co-editor of Skylark, Yogesh Patel has published international contemporary poetry since the seventies. Currently, he runs Skylark Publications UK and a non-profit Word Masala project to promote writers and poets of the South Asian diaspora. Yogesh is also a founder of the literary charity, Gujarati Literary Academy and he has served as its president. He was a Fellow of the International Poetry Society and a Fellow of the Royal Society of Arts. A recipient of the Freedom of the City of London, he has four LP records, two films, radio programmes, children’s book, fiction, and non-fiction books, including three poetry collections to his credit. In 2017, he was presented to The Queen in Buckingham Palace by The British Council to represent the best in poetry. Apart from being a recipient of the IWWP award, the International Scottish Diploma for excellence in poetry, Vatayan International Award for the Excellence in Poetry in the House of Lords, and a Hon. Diploma from the Italian University of Arts, he has received the Co-Op Award for the poetry on the environment. His recent collection of poems is Swimming with Whales. His poems have appeared in PN Review, The London Magazine, Shearsman, Under the Radar, IOTA, Envoi, Fire, Orbis, IPSE, BBC, Asian Literary Review, Muse India, Confluence, Asian Voice, Skylark, and others. He is also anthologised in MacMillan, Redbeck and other anthologies. He has read at many prestigious venues, including the House of Lords and the National Poetry Library, Southbank.

By profession, Yogesh is a qualified optometrist and an accountant. Author’s Website: www.patelyogesh.co.uk

Ravi Shankar has published or edited over a dozen books, including the Muse India award-winning Tamil translations of 9th century poet/saint, Andal, "The Autobiography of a Goddess," the 2011 National Poetry Review Prize winner, "Deepening Groove" and the 2005 Finalist for the Connecticut Book Awards, "Instrumentality." Along with Tina Chang and Nathalie Handal, he edited W.W. Norton’s "Language for a New Century: Contemporary Poetry from Asia, the Middle East & Beyond," called “a beautiful achievement for world literature” by Nobel Laureate Nadine Gordimer. He has won a Pushcart Prize and a Glenna Luschei Award from Prairie Schooner, been featured in such venues as The New York Times, The Paris Review and the Chronicle of Higher Education, appeared as a commentator on the BBC, the PBS Newshour and National Public Radio, received fellowships from the MacDowell Colony and the Corporation of Yaddo, and has taught around the world, including at Columbia University and City University of Hong Kong. Founding editor of Drunken Boat, one of the world's oldest online journals, he holds a research fellowship from the University of Sydney and his "Many Uses of Mint: New and Selected Poems 1997-2017" was published by Recent Works Press in 2018.