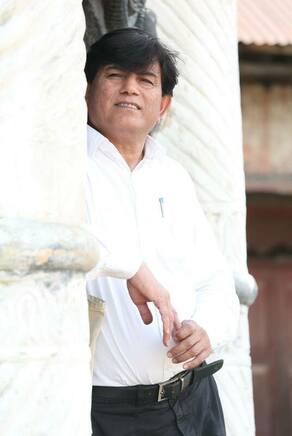 The Library of Congress has nominated his book of Nepali translations entitled Roaring Recitals; Five Nepali Poets as Best Book of the Year 2001 from Asia under the Program, A World of Books International Perspectives.

Yuyutsu’s own work has been translated into German, French, Italian, Slovenian, Hebrew, Spanish and Dutch. He just published his nonfiction, Annapurnas & Stains of Blood: Life, Travel and Writing a Page of Snow, (Nirala, 2010). He edits Pratik, A Magazine of Contemporary Writing and contributes literary columns to Nepal’s leading daily, The Himalayan Times. He was at the Poetry Parnassus Festival organized to celebrate London Olympics 2012 where he represented Nepal and India. Yuyutsu is the Visiting Poet at Columbia University, New York and has just returned from China where had gone to read and conduct workshops at Beijing Normal University. Half the year, he travels and reads all over the world and conducts Creative Writing workshops at various universities in North America and Europe but goes trekking in the Himalayas when back home.
Currently, Yuyutsu Sharma is a visiting poet at Columbia University and edits, Pratik: A Quarterly Magazine of Contemporary Writing.